Conditions for fly fishing improved favourably right through to the last day of the salmon season which ended on the 14th. The wind direction continued from the north west with cool winds and in the milder spells there was some good sport to be had. The fish came in trickles off the tides and on some days there were many fish showing in pools throughout the beats and on other days nothing as was the story for the final day. The majority of salmon seen were in some state of colour begging the question were these fish from the late summer run? September and October have been remarkably warm the last few years and maybe this has had an effect on the salmon taking behaviour and timings of runs. Hopefully the autumn run is yet to arrive in any numbers which is needed if there is to be a future for this once famous and predictable period in the season. 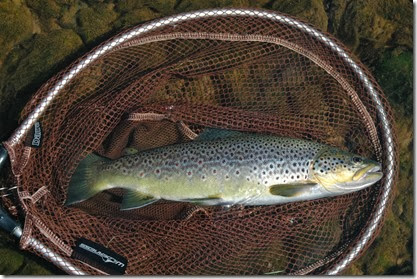 The Eden certainly has a future, whether that will be as it was historically a better spring rather than autumn only time will tell, the spring fish are definitely on the increase. This was also a better year for summer fish and the grilse which have made a stronger comeback which is encouraging. 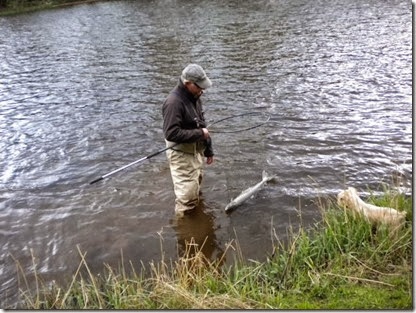 A personal note to end on regarding the season is that it certainly was not the best by far as salmon were concerned, it was the same story on many other rivers, fish were certainly there but not in big numbers and also not in a great taking mood for the most part. I have witnessed on several occasions otters and fish eating birds disturbing resident salmon and trout in places they like to lay up. The Eden is still very much so a premier river with a fantastic potential, disregarding the problems at sea all we can do is look after the "factory". The input is far greater than the output at present, there is a problem within the process in between, namely the Goosander! 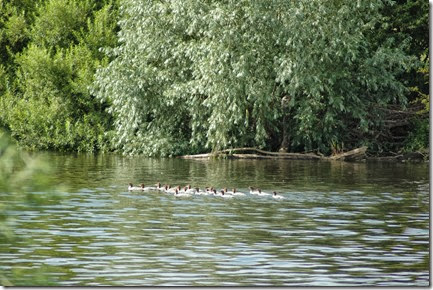 A typical brood of Goosander 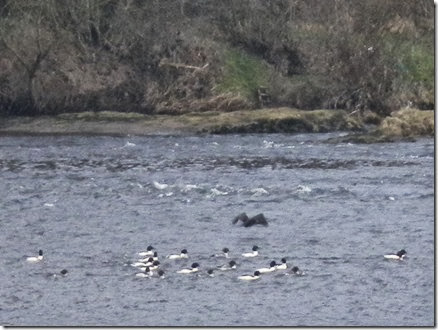 The otter, a part of the balance of a healthy river.