The weather held out pretty well despite the forecast given for the annual Lowther show with only a few minor short lived showers. The show was well attended as always, it is one event that I really look forward to each year and there is always a friendly atmosphere there. It is superbly organised by Countryman Fairs and ran very efficiently with all the amenities one could wish for.

The idea this year on the Fishing Island was to have within the fisherman's row a journey up through the Eden Valley. Starting from the tidal Solway where the Haaf nets operate right upstream to Kirkby Stephen, each angling club, trust and association along the way showing the phenomenal amount and quality of fishing Cumbria and the Borders has to offer. Also being a big part of the Solway besides the river Eden, the rivers Annan, Nith and Border Esk were invited to attend as well. 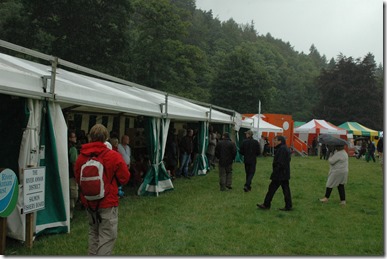 Part of fisherman's row next to the main arena 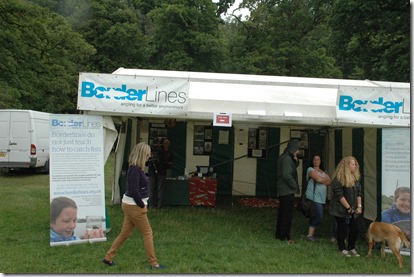 The Borderlines tent with Chris Bowman, John and Megan was a great pull with the “Fishing for Flounders” game and how Borderlines is working with schools and youth in south west Scotland and Cumbria..

The Solway Salmon Haaf Net Conservation Trust were of great interest and host fishing days out on the Solway during the season.

Fisherman's row was a lot larger this time with quite a few more of the local clubs and associations on the Eden in attendance, a very impressive turnout.

There were the river trust from both the Eden and Annan putting on interesting displays of the invertebrate, fish, crayfish, plant life and even a working model of a river which was fascinating to watch how erosion occurs.

There were a few retail companies displaying their wares like Lakeland Lures along with some Cumbrian still water trout fisheries Bessy Beck and New Mills Trout Farm.

Tom Bell the ten foot fisherman from Reckless Invention was a great pull for the crowd.

The Fishing Island was pretty busy also with three competitions ran by Penrith Angling Association members who did a fantastic job under the guidance of Mike Ashwin who played a key role in organising things. Salmon distance target, trout distance target and accuracy, there were also junior casting competitions for twelve and under which were all well attended.

All of the outfits and prizes, (and there were many) for the casting competitions were very kindly and generously donated by John Norris of Penrith who have been a great support for the event over the years.

The AAPGAI fly casting clinic ran non-stop all weekend with a trout, a salmon and a fly casting station for juniors.

Dot and Geraldine did an outstanding job of keeping the clinic fully booked and looking after everyone. 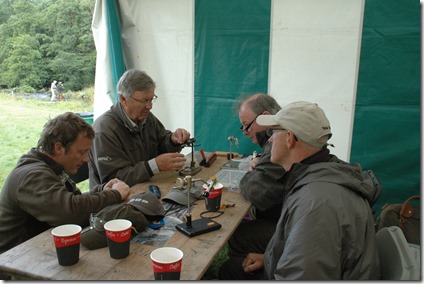 A fantastic and very entertaining show this year meeting old and new friends and one I look forward to next August, a big thank you to all that attended!