At long last, a much drier period in Cumbria this week than of late, the temperatures after this mild spell which has brought the moisture with it are set to drop over the next few days and a few frost will  be very welcome. The new salmon season is about to kick off on the river Eden on Tuesday the 15th January, if these current conditions prevail the levels which are now at two feet above summer level should drop in further and be about right for the start on the lower river. 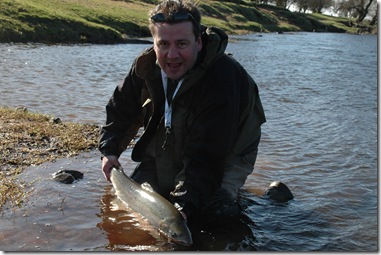 Last season proved to be well worth a visit to the Eden even this early on, had there been more fishing pressure in January and February from anglers, undoubtedly the spring fish numbers would have been quite impressive. Last spring there were numerous salmon over twenty pounds caught, the average fish being around fourteen pounds.

Some fond memories of last spring

The salmon run has always been pretty strong on the Eden especially from the last week in March for a few years now, but there have always been fish caught earlier from the opening period and this has been so unexploited. This coming season the fishing in the spring will be the litmus test to prove if the pattern of runs are getting earlier as they once were, I am for one very optimistic! 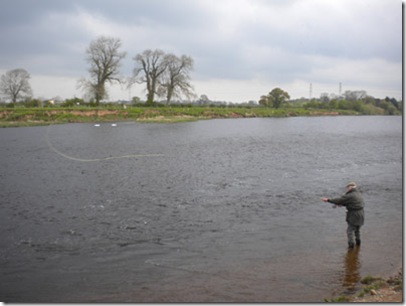 Anglers out grayling fishing are doing well at present, it also looks like that the brown trout stock in the river is very healthy so far and will bode well for March 15th onwards when we can expect the first hatches of Large darks on the water. Last spring at that time of the year there were good numbers of the long absent March Browns on the go, another indicator that things are reverting back to previous patterns. I very much look forward to fishing with friends both old and new in 2013.

Please find below some useful links for the season.