The river is dropping and clearing after a very coloured three foot rise the day before. The middle river is almost on the point of being good fly water, while the lower river is remaining quite turbid to say the least with all the tributaries spilling in. Did not see any fish movement on the first day of October only trout. 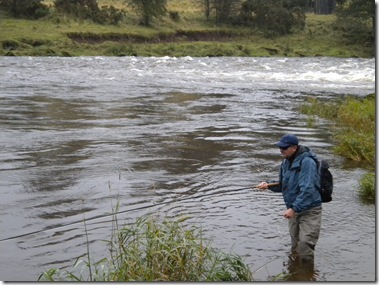 There are certainly plenty of stone fly and olives about with a smattering of caddis. Heavy showers are set to continue through an unsettled week, there has been lightning and hail stones this afternoon. My very good friend Hartmut and his friends came over from Germany to fish the Eden for the first time on Sunday. Not the best introduction to a beautiful river that was on the rise from the morning onwards, Raven Beck and Croglin were putting some serious colour into the river making the lower beats unfishable. 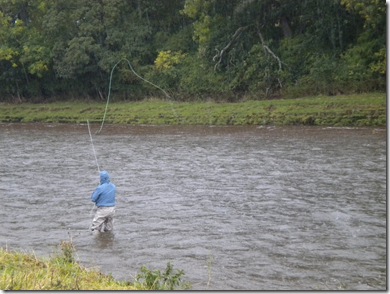 Just as the middle river is coming into ply, more heavy showers have raised the levels again with colour. The forecast is wet until later in the week, it will need an extended dry period to bring the lower river into play below the Irthing. Another quiet day on the river.