Better weather over the last few days had brought the river into a decent fishable order, there were good fish movements on the clearing water and some decent salmon were taken on both fly and spinner. 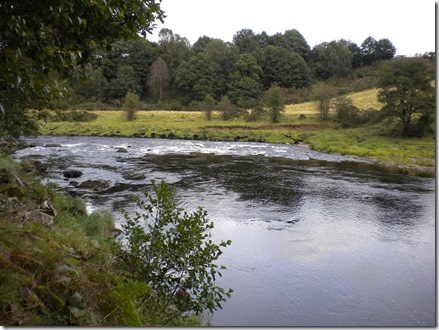 Heavy rain overnight on the 29th had swelled the tributaries and all were pouring in very heavy coloured water by noon time the following day. By the afternoon the Eden was rising quite rapidly soon to become unfishable once more. There were several good fish caught just prior to the rise, some silver bearing sea lice and many in their spawning livery. It has not been the usual predictable autumn run that salmon anglers have enjoyed and expected for so many years during September, but then the weather pattern has been so unexpectedly unusual.

It is the last day of the brown and sea trout season today on the 30th and the last remaining two weeks of the salmon season ahead. The swallows and martins have departed and the osprey on their way, all heading for sunnier climes; now there’s a thought.