There was a steady run off the tide today on the 22nd, some good salmon among them with both silver and coloured fish. A very still day and a cloudless sky with bright sunlight which made the fishing a little difficult, but there were some nice fish taken. 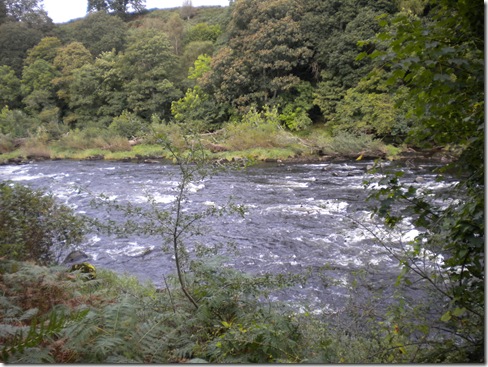 The lower river is getting much clearer and around one foot six inches above summer height, above Carlisle the water is about perfect and at 52oF. 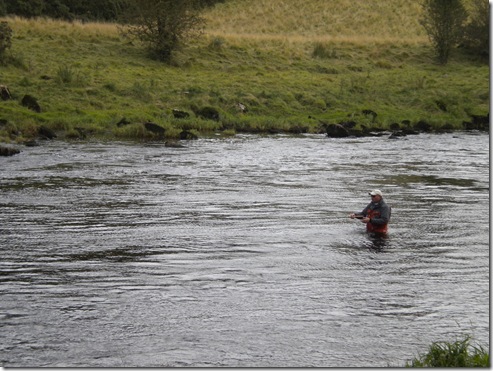 The 23rd remained quiet; there is a massive low pressure on its way north. My very good friends Duncan and Darren came to Cumbria for a few days, although the river was in great order the fish kept their heads down and just did not want to know. They both have fished the Eden many times and know what its potential can be at this time of the season, it is just a great shame that once again the continuing wet weather has scuppered sport, an all too frequent occurrence this year.

Torrential rain and very high winds came into Cumbria on the 24th, a typical scenario for this summer, just as the river is getting to be in good order, it rains! During the late afternoon the river began to rise rapidly. 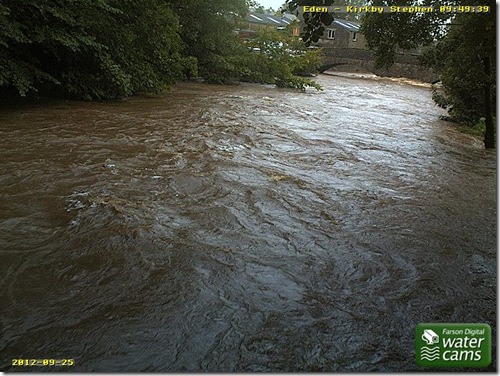 By the morning of the very windy 25th there was over two meters of flood water going down the Eden Valley and still rising, by the afternoon over three meters. There is more rain today but then drying up a little the next few days.