The weather fortunately held out dry and sunny for the weekend of the game fair at Lowther in Cumbria which was very well attended. AAPGAI had organised the fishing island with competitions in accuracy casting, distant target casting for both single and double handed rods, also adult casting clinics for salmon and trout and a junior clinic. John Norris of Penrith very kindly donated quality fly casting equipment for the competitions and prize giving's, a big thank you to them for that. 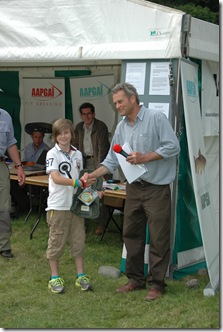 It was a relaxed weekend with a good atmosphere and everyone had great fun. There were demonstrations every hour on the hour on the casting pool covering many subjects aimed at the public. All the AAPGAI team there played their part; 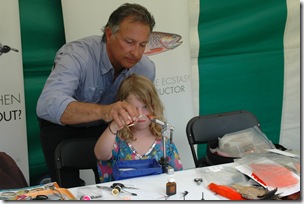 Karl Humphries did an excellent demonstration on switch rods and fly casting along with some fly tying in the AAPGAI stand along with Tony Riley. 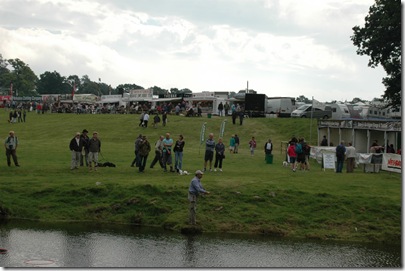 Clive Mitchelhill did presentations on the differing styles of fly casting and Spey casting techniques. 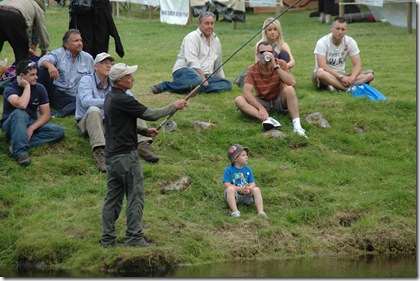 John Young was explaining methods and mechanics of the various basic casts. 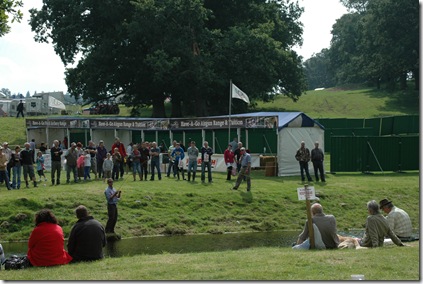 Tony Riley and Glyn Freeman did various fishing casts of both overhead and Spey with fishing techniques along with faults and cures.

Borderlines ran activities on their stand which attracted many people with Chris Bowman along with very able helpers John and Megan did running commentaries for the island, talking about the environment, the river Eden, invertebrates and working with local schools and youth.

Fishing associations like Carlisle Angling Association, whose members provided fly tying instruction and advice for the public to have a go at. There were many members involved along with a guess the weight of the salmon competition.

Big thanks to Mike Ashwin and his team from Penrith Angling Association, who did an outstanding job on the island with running the competitions and also fly tying with people. John Fairgeave was there with fish replica and professional fly tier Peter Bramwell was tying some very nice flies over the weekend. Fisheries Bessy Beck and New Mills had a big presence on the row with some interesting products and good advice. Organisations that look after the welfare, running and policies of the rivers like Eden Rivers Trust were in attendance along with REDFA and the nation wide organisation the Angling Trust.

A successful weekend which was enjoyed by all and AAPGAI will be there again in August 10th and 11th 2013.