John and Simon joined me today on the lower river, they are great fun and both very keen fishermen. Weather was dry, a cool breeze from the south west and the water temperature at 42oF.

The tide had just been and gone and a few kelts began showing, kelts do not often jump for no apparant reason, and on the next run through the pool Simon had got hold of one. The following run through confirmed the disruption with a fresh fish of around nine pounds which fell to one of Simons flies which he tied himself. 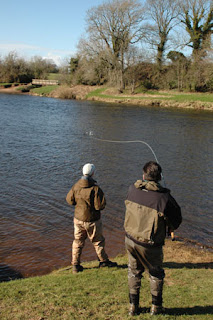 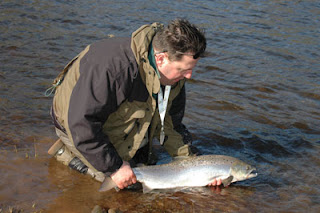