A good spell of dry weather has put the Eden back into a good fly fishable state, the levels are around the one foot mark. There still are plenty of kelts waiting to drop down the river from above Carlisle, and a good number of baggots which would suggest there are still fish yet to spawn. The river is looking very clean and clear at present, there has been a little gravel movement throughout the system, but not too much damage with the recent high water we have experienced.

I was out on the river last wednesday with Ed and Phil shaking a few cob-webs off. 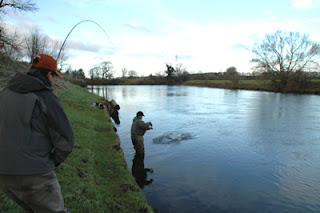 It was not a bad day weather-wise although the east wind did have a little bite to it. There was quite a bit of action throughout the afternoon when the temperature did finally rise. 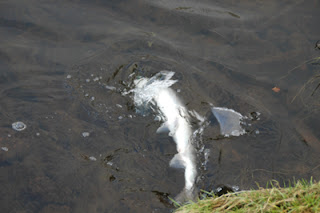 It did not seem to matter too much to the fish when they were on which pattern they took, anything from large hairwings to bugs. 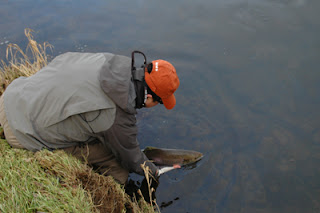 There still seems to be a shortage of grayling in the Eden this winter, it would be nice to have an answer to that one.
at Monday, January 31, 2011