There was much rain on the 17th which raised the river nearly four feet with much colour the following day.  The middle river had cleared to be fishable on the 19th but the lower still remains heavy and around two feet above summer level. The swallows have now arrived today. There were huge numbers of large stonefly today, probably more than I have seen before; even these are late this year and with the better and warmer weather now there are stirrings on the river bank. There were a few fish entering the river just prior to the rise, with the tides beginning to build this next week and a clearing river this may just be the conditions necessary to bring the run in.

22nd, the lower river now at one foot six, clear and very good fly water although still a heavy south westerly blowing. A few fish starting to come off upstream of Carlisle up to fifteen pounds, with the three quarter moon tides this week there should be more salmon to come.

The runs of salmon are improving daily, fish reports are coming in on a regular basis now, many with sea lice averaging nine to ten pounds. Most fish this week have taken on the fly, gold bodied Willie Gunns and Boyos are doing very well. Good rises of trout these last few days, as long as the weather behaves things are shaping up at last.

Jim Curry and myself have been running a salmon course on the renowned Warwick hall beats over the last two days, something we have done and enjoyed very much for a few years now. We were blessed with the very good company of Tina, Richard, Hugh, Willie and Paul along with great weather and excellent water conditions, the accommodation and food at Warwick hall was fantastic, thank you Val! 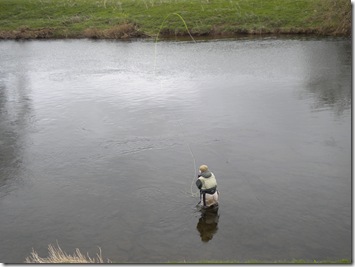 There was great progress made with the various Spey casts, Hugh heading for the far bank! 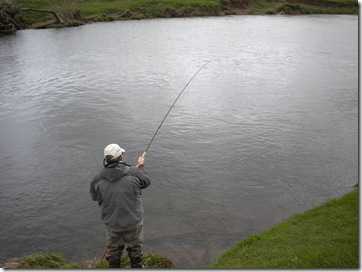 Paul lallwan did exceptionally well landing a fish each day on the fly. 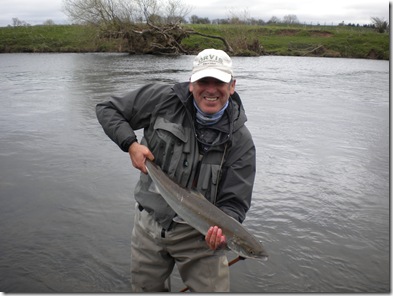 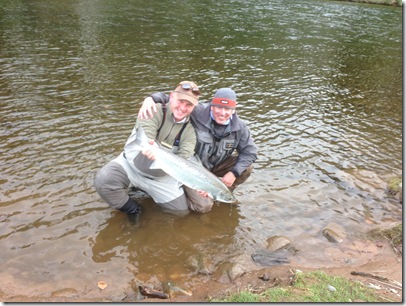 Jim Curry and Paul with his ten pound fish.