The fly fishing conditions on the Eden now are as good as they get. The water is clear and around a foot above summer level on the 10th, the river bed is well scoured of the silt that came in a couple of months ago from various land slips. Invertebrate life is plentiful and everything is in its place. Although there are the odd fish coming off the lower river, the majority are mainly from the upper middle beats.

A very good finish to the last day of the Eden salmon season on the 14th as the water comes into great fly fishing ply. 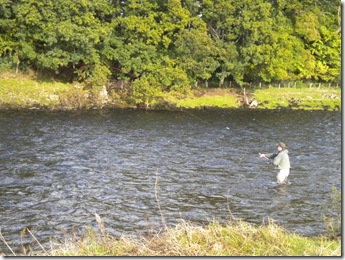 Another twenty plus from the river just above Carlisle, also reports of some very large fish caught and lost throughout the whole system. The upper middle beats have been performing very well all summer and into autumn with the constant running water the Eden has had this season.

To sum up the Eden salmon season in 2012 or even make sense of it would be very difficult; we have not seen this sort of fish behaviour or these adverse conditions for a very long time. The spring run was just outstanding to say the least, the average fish being in the mid-teens. This stamp of fish has been experienced on many rivers throughout the UK this year; something is going right for the salmon and I hope it is here to stay. 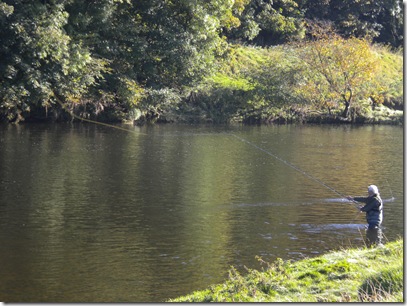 There were fish caught right from the off in January this year on the Eden and some salmon also in February for those who ventured out. March, April and May were very reliable for all species until the rains came. When the unsettled weather began it forgot to stop, we were experiencing like so many others at least two floods per week. This made the fish quite unsettled along with the trout and the fish were not residing in the pools for very long. This adverse wet weather has continued right through the summer and into autumn and I do not think that we have strung three dry days together in that time.

The grilse run arrived on time for once in late July and August and there seemed to be plenty of them which is a very encouraging development from the sporadic previous few years experienced.

The autumn run came in fits and starts, some very good fish among them but not the heavy runs the Eden has enjoyed for many years.

The fish counter cannot be relied upon to estimate salmon numbers, but there has had to been above average runs of salmon this year with the constant fish movements witnessed throughout the season. 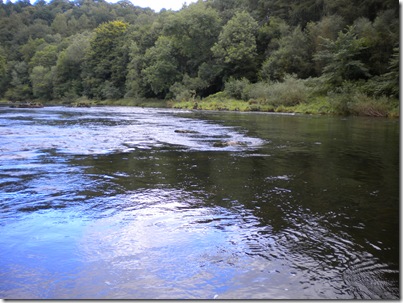 Had the weather been more settled, the lower beats would have done far better than they did; the middle beats did very well with all the high running water. For most of the time the lower river was unfishable being too high or coloured with water mainly from the Irthing and Caldew. The cost of having low water during the summertime for the lower beats to do well is the longer the fish are in the estuary the more they are pursued by porpoise, seals and nets; we cannot have the penny and the bun so to speak. There has been a fantastic spawning stock gone up the Eden this year which must be great for the future.