The weather pattern remained the same during the last week of July, showers that were sometimes heavy along with strong south westerly winds. The trout fishing is at its best during the hour before darkness and then only for brief periods before shutting down again. There are certainly good numbers of trout in the river; but as long as the hatches are slow as they have been this month there will be little improvement. 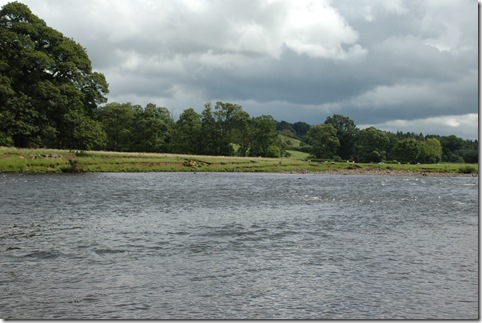 On the salmon front, there are decent numbers of grilse entering the river along with some larger fish. There have been some good catches reported this week with a lot of salmon movement witnessed off the tides. There are still some good sea trout showing an interest up to around the six pound mark which is very encouraging. The river levels now have been dropping in all week and are running clear, the lower beats which the fish have been racing through all summer should start to produce more fish from now.

A very good month in July for salmon and grilse given the high waters of late and the river is now in perfect ply.