On the middle river today with Robert who had done coarse and sea fishing before, but was a complete novice at game fishing. The river there was in very good order, with clear water and dropping as the day wore on, a warm wind, we even saw an Osprey.
Talk about a fast learner, within half an hour of arriving he had his first ever salmon, played, landed and released! 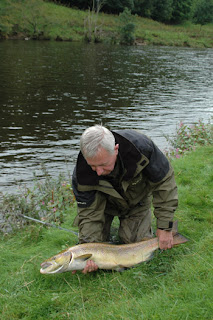 We then went on to fly fishing with the single handed rod, with the Double Spey mastered in minutes, we tied a small nymph, and this happened! A real nice brown trout almost two pounds, played, landed and also released. 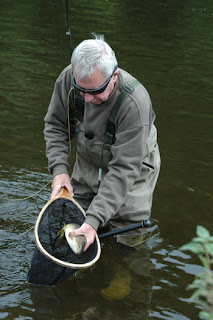 We had some fun and a good natter. If only everyday was like this!