I have got to say, it has been quite a challenging and yet very enjoyable week in one way or another!

Although the weather has been unusually unsettled for June, blowing hot and cold one day, highs and lows of barometric pressure the next, which can sometimes affect adversely the behaviour of the fish and the invertebrate life, and that is out of our control. But when the conditions have been favourable, the fishing, especially the dry fly, has been nothing less than outstanding. 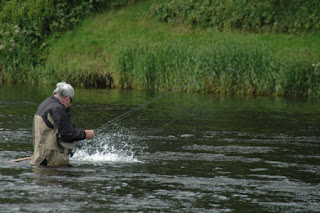 Peter
I have had some good friends fishing with me on the Eden this last few days, that have come from near and far to see what we have to be very proud of in Cumbria.

Simon Johnson of the Eden Rivers Trust had organised with the owners and caretakers of several beats on the river, for anglers from all over to come and sample some of the fine quality of the wild brown trout fishing our river has to offer.  http://trust.edenriverstrust.org.uk/auction-2010.html

On the Friday evening at the Tufton Arms in Appleby, there were around seventy people attending an evening where there was a fabulous supper in between some very interesting talks from Paul Procter and Jeremy Lucas, followed by a fly tying demonstration and a raffle, all in aid of the Eden Rivers Trust to further improve and look after the Eden. 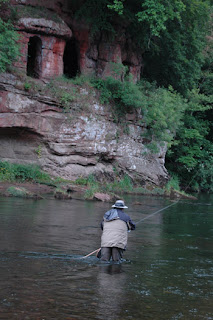 Lacy Caves
The scenery on most of the Eden beats is quite stunning, it is these places that people often do not see from the road, with the river being mainly situated in a deep valley, maybe that is possibly why it is one of the UK's good fly fishing destinations best kept secret. 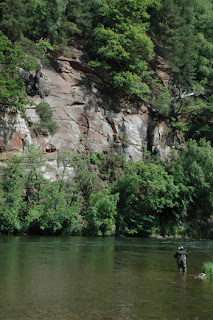 Lower Lazonby
The quality of the wild brown trout turning up this season is just second to none. 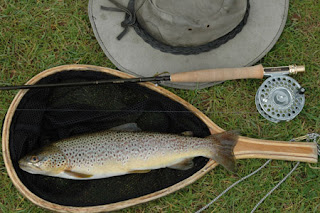 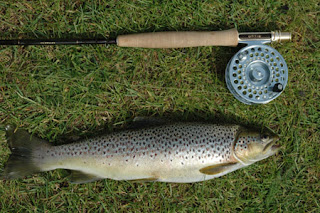 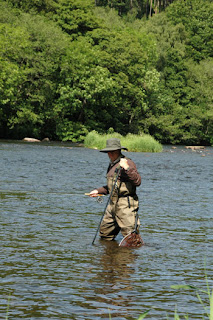 Steve
We had great fun with Peter and Steve for the best part of the week, they were great company, first we fished Eden Lacy, followed by Lower Lazonby and then the lower river to get an idea of what the river was about. 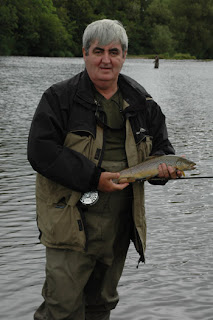 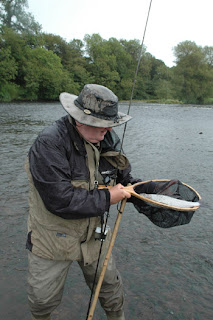 It was good to see that on the opening day for the grayling, that they also made an appearance
. 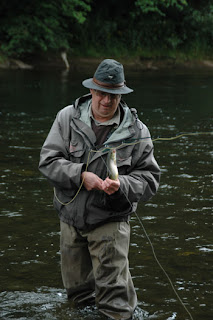 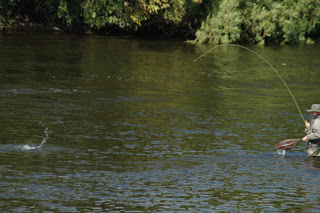 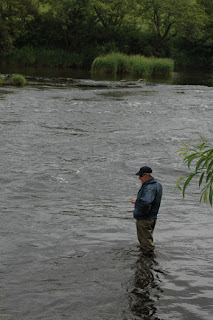 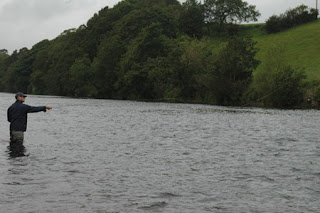 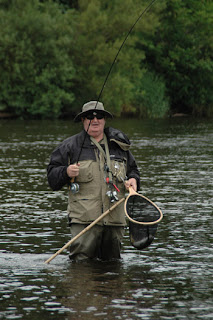 Peter
To round off the trout week today we were on Upper Lazonby, I had Philip for company; the hatches were very slow to get going, and as they began to develop, the barometric pressure would drop and a cold front would come through putting paid to any more activity. Philip did manage a couple of trout and also missed a few which excuse the pun, is par(r) for the course on most days. 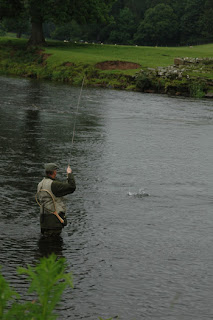 Philp
To add to the frustration as Philip did not want to fish the nymph, the river began to rise a little and some colour came in from last nights rainfall. It was decided that as the trout fishing was deteriorating rapidly, to do something constructive, a little Spey casting with the salmon rod was in order, which I must say was very impressive. 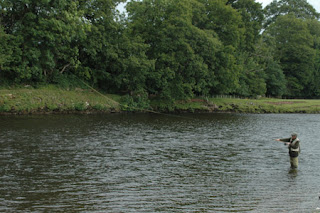 I think we should put a fly on was the general consensus; and so we did. 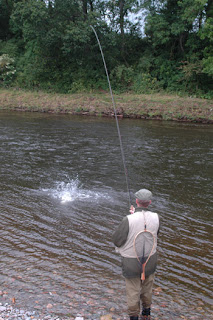 It was not long, Philip had only fished twenty yards down the pool when..... 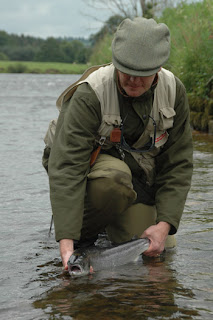