Had a very pleasant three days on the river with Mike, Colin and James who are very nice people from Essex. 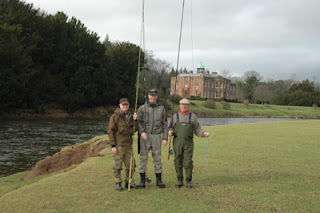 Although the river was very swollen, nearly three feet above summer level, it was running pretty clear. The first day was just too big on the lower stretches, so we changed to Warwick hall which was running a little less water, but still on the big side. Friday was just fishable and a few kelts were caught, a cold noth east wind all day. James was getting his first taste of salmon fishing and making a very nice job of the casting. 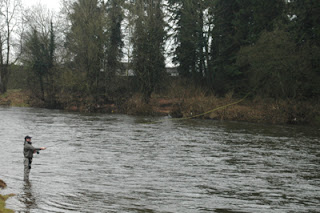 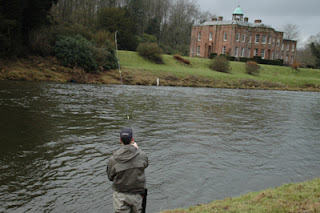 Rain on the Friday night kept the levels up and on the Saturday it began to rise once more. 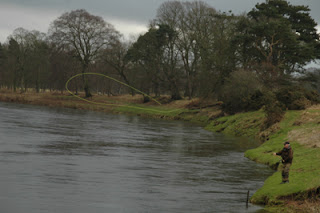 Most of the fishing was done off the bank as it was just a little too deep to wade. 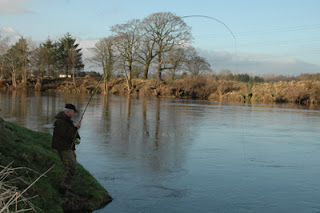 Mike into a fish. 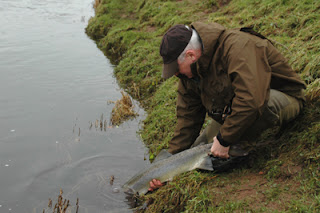 And carefully released.
The weather for Saturday was very pleasesant with a south westerly, the water temperature was at 5 Celcius. 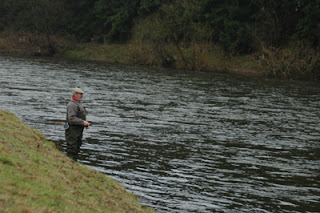 Colin.
Colin persisted with the full sunk line and did a grand job. 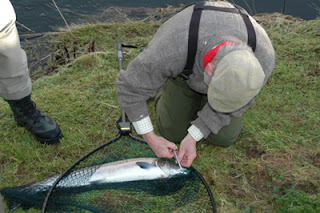 Colin performing a little surgery before releasing.
at Sunday, February 13, 2011