The annual Tweed salmon course held at Tweedswood was attended by, Michael, John, Hughie from the Stoke area, Ed from Cumbria and Simon from south Wales (and joined by another Stokie later Phil). The river conditions on the Monday were just about as good as they can get for the beat. The beat is perfect for such courses with a very well equipped hut with all the amenities, Kevin Patterson the resident ghilly is more than helpful and knows the river well. 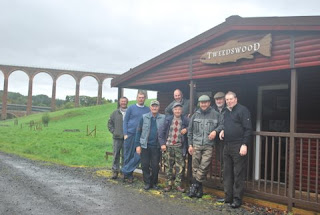 The accommodation at the Buccleuch Arms two miles away was first class and we were all looked after very well with nice rooms and a three course evening dinner and superb breakfast. Neil Truelove, Illtyd Griffiths and myself were there to help for the three days and lunch was provided for all with a BBQ on the Tuesday.

During the first day after some initial tuition, there were sixteen fish played and nine landed, with a lot more takes missed, not a bad start! 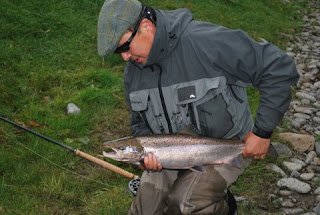 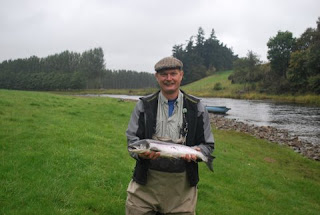 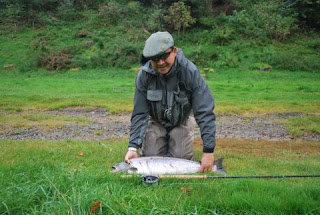 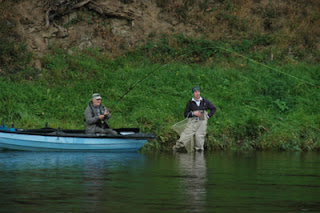 John playing a fish from the boat 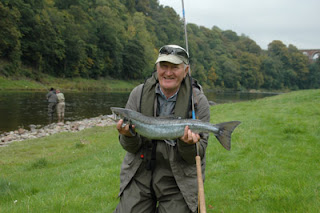 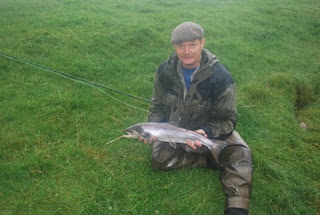 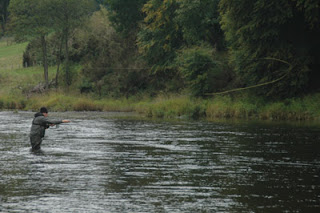 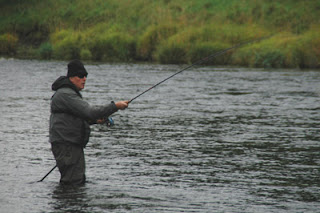 Michael had hold of two fish during the three days but which sadly came off. 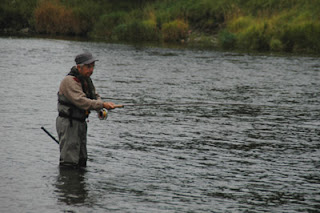 Hughie (who had the chance of five!) 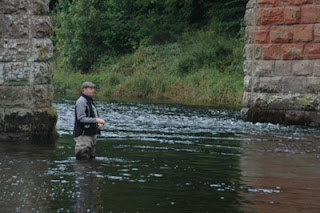 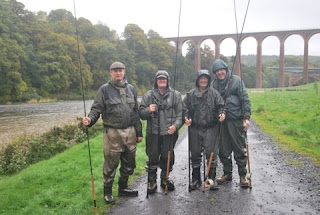 The last day with all the heavy rain the night before the river began to rise putting paid to any more sport. This is prime time on the Tweed, fresh fish are numerous and a nice place to be. But what a great group with some characters and what a laugh, I hope to see them all next autumn on the Tweed.
at Thursday, September 30, 2010