Good numbers and quality of salmon on the river from the 25th onwards, and some very large fish up to twenty six pounds reported around Carlisle.

Two very good friends of mine Bob and Brett joined me for the weekend on the lower river, and between them had quite a time on the Saturday. The river was in fine order. 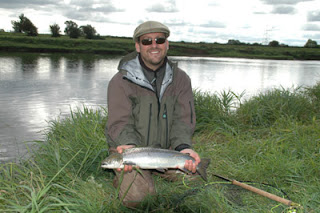 There were certainly enough fish on the move to keep things interesting off the tide, the weather was good along with the company. Six fish were contacted and Bob lost a large one on a tail of a pool with rapids below which wanted to head back to the Solway! 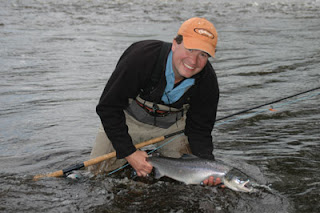 Although the water was an absolute dream on the middle beats on the Sunday there were few fish to be seen although the day before (and after) there were plenty. 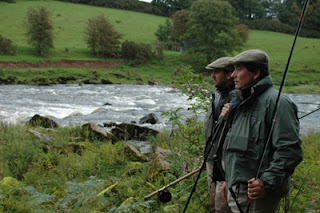 But who cares when the scenery is as nice as it is anywhere and people are enjoying themselves! 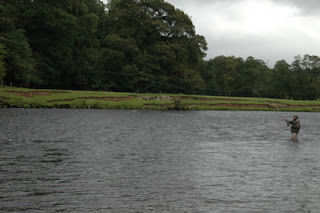 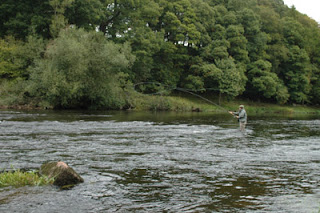 The river continued to fish well until the 30th where the night before there was heavy rain which put a foot and a half of extra water in and plenty of colour.
at Thursday, September 30, 2010