Steven and Diana are a lovely couple, and it was a great pleasure to have them visit the Eden on a morning when the temperature was warmer than of late and thigs were happening at last. The hatches of grannom and large darks were good and the fish responded well, Steve got hold of a sea trout followed by a brownie, Diana also managed to hook one but it soon parted company. 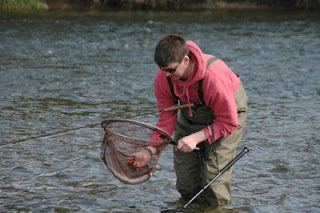 As the hatch decreased during the afternoon Steve got a take from something quite substantial which promptly broke him. Later on in the afternoon the temperature dropped suddenly and all activity ceased. 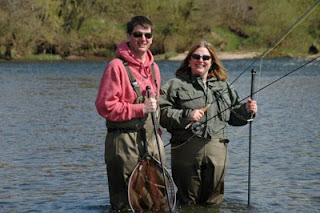 Did a kick sample and was looking at a very healthy river!
at Thursday, April 22, 2010