Very high but clearing water for the opening day on the Eden after the incessant rainfall over the last six weeks with very few dry days in between. There were a few anglers out on the river for the opening day but the river needs to drop a couple of feet and settle before we see any results. I would think that the majority of kelts have gone now with the mild temperatures for the time of year and the big flows of water.

Out with a very good friend and fellow instructor Tom Bell on opening day, we had a few casts, lots of conversation and some good fun. It was nice just to be out in some very nice scenery and with the air temperature into double figures, very unusual for the time of year. 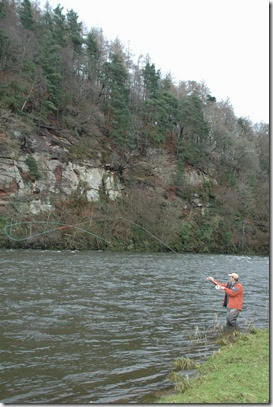 It was interesting trying out many different heads and tips on one of Toms ideas of fishing light weight Skagits called Skandits (something between Skagit and Scandi I think), they seem to work very well and cast some serious tips and heavy flies. 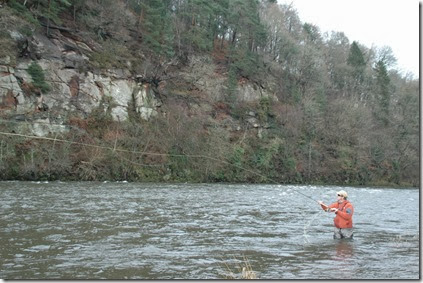 It certainly is not the first time we have blanked on an opening day, I would not have missed it for the world though!