What a struggle today on the river to get anything to have a go, the morning was very difficult. I was joined by Martin on the river who did everything right but the fish just did not want to know. 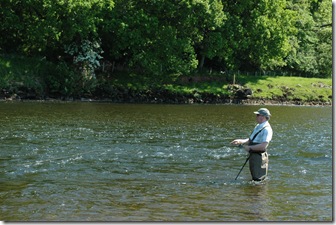 The rough water was fished very thoroughly, nothing rising or any insect activity whatsoever, a very tough shift. 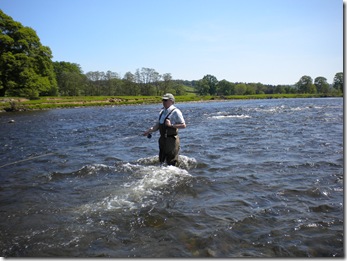 Nevertheless, being in such beautiful surroundings with plenty of wildlife to observe cannot be that bad!

In the afternoon I was with good friends Pete and Angela, great fun to be with and great enthusiasm. 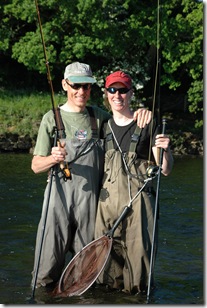 The casting was very good. 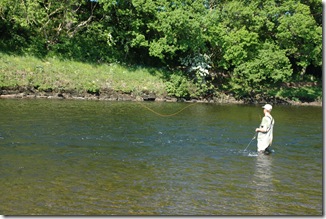 It was Angela's first time on the river and had never caught one of those special Eden wild brown trout, I did say it was going to be not so easy with the conditions we had, but it fell on deaf ears. 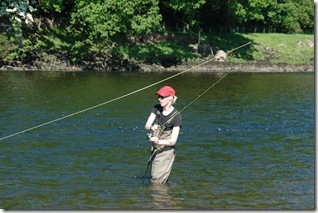 Fishing a small pheasant tail nymph, it was not long before there was an argument whose fly it was! 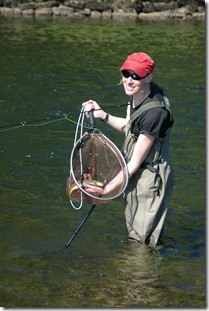 Another took soon after. Pete had a few takes but with no conversion unfortunately, a really nice and pleasant day!