At last the grilse run has begun to trickle in off each tide, better late than never! There are many larger fish among them also, some willing to take and others impossible. The water condition at present is in very good order and things are beginning to shape up. 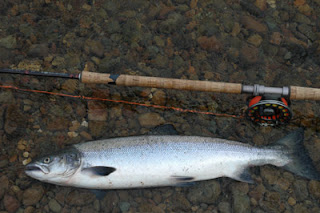 It has been a busy month with the last three weekends in Dumfries, two of those weekends with Dumfries and Galloway anglers which was very rewarding and great fun. The last weekend at the Drumlanrig Castle game fair doing both the casting clinic and representing Borderlines. Very busy show and the weather was just perfect, good entertainment and great trade stands. 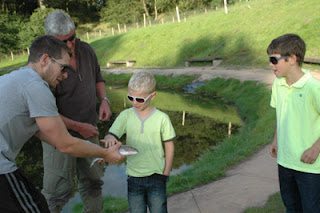 I took my nephews Decs and Joe along with dad Steve to New Mills fishery one evening last week for their first trip out fishing, and they did a great job and look pretty cool with the shades on. 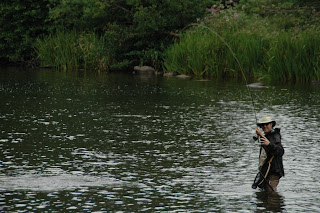 Peter.
Not much in the way of insect activity on the lower and middle stretches of the Eden of late, but there are some very good trout and grayling to be had on wets and nymphs if you are able to ignore the salmon rolling around. 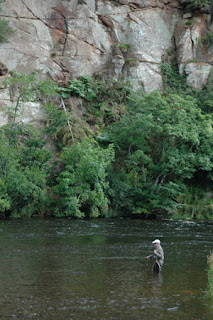 Mike in some awful surroundings, Mike is turning out to be a real nice fisherman with both salmon and trout, he had a beautiful 14 pound fish off the Tay last May on Lower Kinnaird. 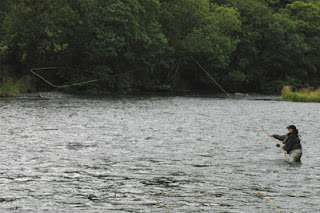 Cathy (above) and Sarah (below) are really enjoying their Spey casting on Lower Lazonby, good fun to be with and very keen with loads of enthusiasm. 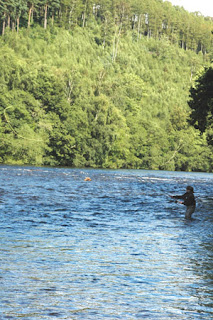 Graeme (below) had bought at auction for the worthy cause the Wild Trout Trust, a day with me on the Eden for two, I do not know why he wanted to fish with me, but he did. Graeme got it so he could take his brother Grant also whose birthday it was, we had a great time with the Spey casting and good conversation. 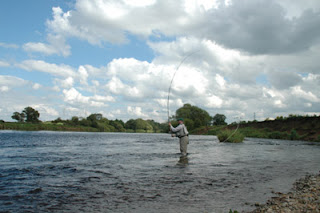 Time to put a fly on now that the casting was looking quite good, and the odd fish began to show. 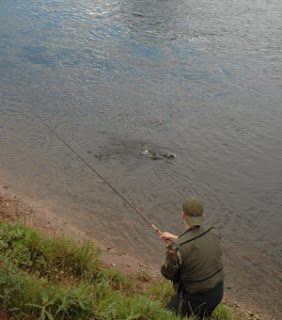 It was not long before Grant's fly grabbed the attention of a very nice seven pound grilse right off the tide! It was played admirably to a conclusion. 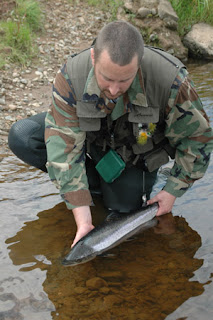 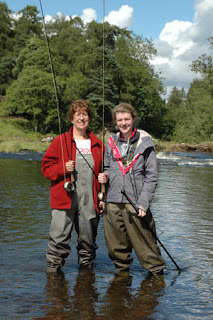 We had a nice day out on the river at Eden Lacy with Claire and Liz (mother and daughter) not so long ago, first time fishing, great fun, good company, nice weather and they both did a great job of it.