We have had good friends Roger and David from Norfolk on the Eden at Lazonby today and the lower river tomorrow, the intention was for some salmon fishing but with the water levels a little on the low side for that part of the river we did some trout fishing followed by salmon casting. 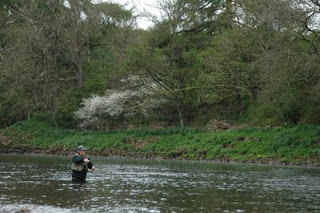 The weather was very kind today with good cloud cover and still plenty of grannom coming off the river. There are a lot of smolts dropping down this week which is always a good sign. 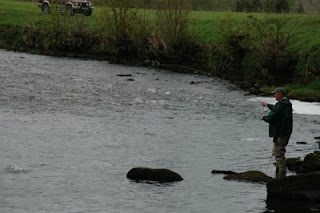 Plenty of offers from fish and David managed a nice trout on a pheasant tail, Roger had quite a few takes from good fish but they did not want to meet his aquaintance! The river could really do with some rain right now to freshen things up a litle and get some of the salmon in the lower river further upstream.
at Wednesday, May 05, 2010