Just got back from running the grayling course on the Annan with Chris Bowman before I go to Argentina tonight.
Got to say it was not the warmest three days of the year and the fish were not exactly giving themselves up, but it was very enjoyable and everyone had fun.
All the anglers on the course caught grayling, and everyone caught a fish over two pounds. The biggest going to Geoff at two pound nine ounces, he then had another at two pounds four, and these were his first ever grayling, not a bad start! 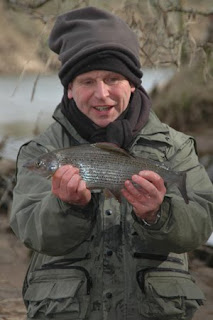 Dave got a couple of nice grayling on the first day. 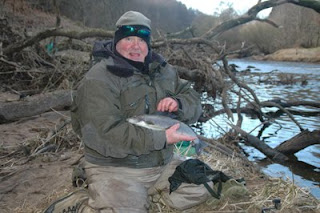 Also Steve with his first fish. 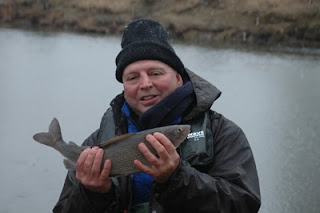 All in all everyone got what they came for, learnt a bit into the bargain and went away happy, we enjoyed their company immensly; sorry it's short but I have to pack and get things organised.
at Wednesday, February 24, 2010